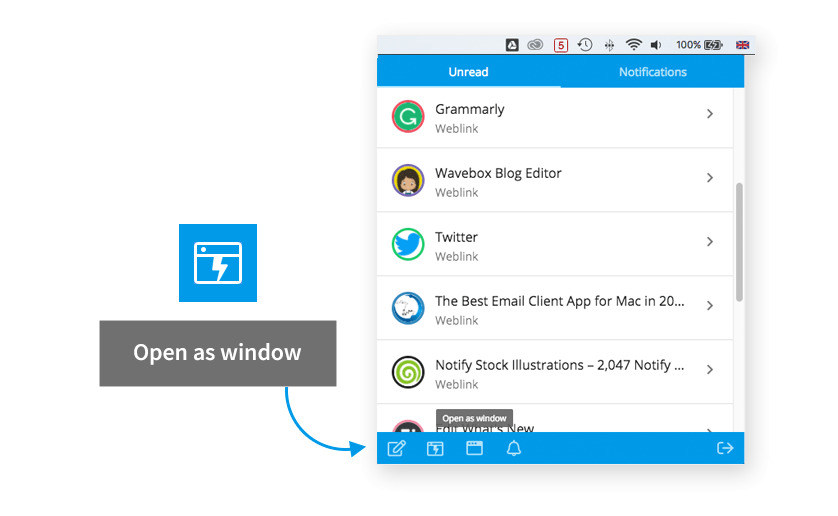 Mini Menu - now anywhere on your dekstop!
The Mini Menu is a great way to quickly catch up on unread items and recent notifications across all your accounts, even when you're not using the Wavebox window. In this release, the Mini Menu is now detachable on macOS and Windows (in a similar way to Linux) so you can now place it anywhere on your desktop. We've also improved the way it works on some Linux distributions, and added keyboard shortcut support for showing/hiding the window (macOS: alt + cmd + m), (Linux & Windows: ctrl + shift + m). With these improvements, you are never more than one click away from catching up on all your cloud apps and services! 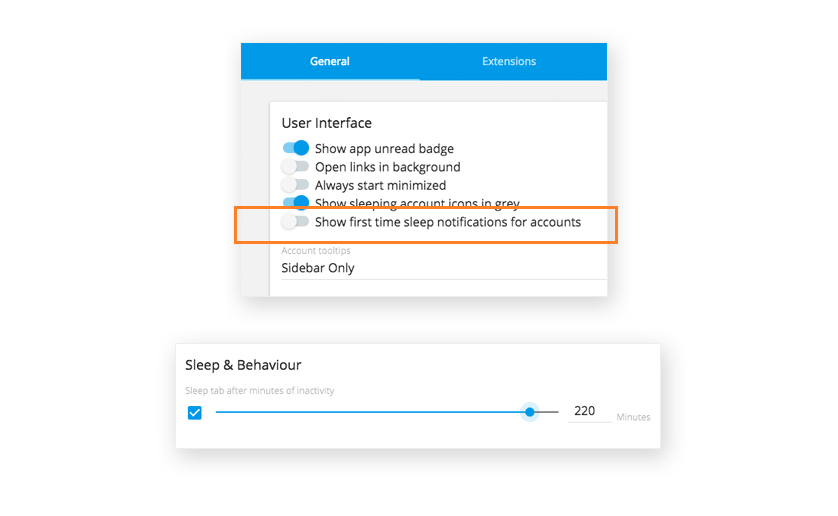 Additional Sleep Options
The sleep function in Wavebox helps you save processing power by 'sleeping' accounts when you're not using them, whilst still receiving/sending new notifications. Following feedback from users we've added some useful new options to the sleep function: 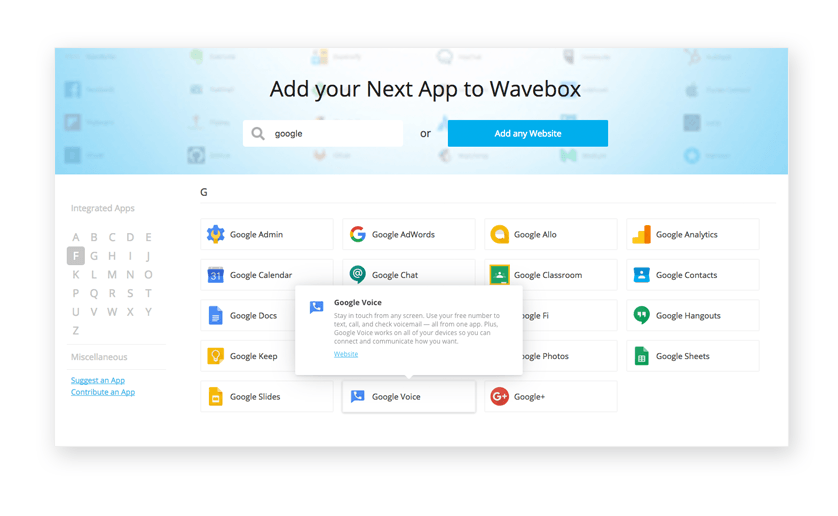 Welcome Google Voice
Google Voice is a free app for phones and computers, which gives you a free phone number for calling, text messaging, and voicemail. You can now add Google Voice to your Wavebox, either by enabling the service under any Gmail or Inbox account, or as an individual account via the App Directory.

Also in this release...
There are some performance improvements, meaning in a faster startup time, and several bug fixes including; crash on update, miscellaneous Gmail fixes, plus small fixes for Grammarly and Slack. You can find a full list of new features and fixes on the Wavebox Changelog on GitHub.

Finally, a special shout out to @robertalks for helping us to add RPM and Yum distributions for Linux. Great work!

Google Inbox is shutting down at the end of March, and like millions of other users, Wavebox Founder Thomas101 is making the move to Gmail. Here's his story...
Badges appear on their relevant app icons to keep you updated even whilst you're outside of Wavebox. Notifications continue to pop up when apps are sleeping and Wavebox gives some awesome tools to customize how notifications work so you can make each one matter.
Workspaces are a place to get your web stuff organized. It could be for a specific project, for a particular client, or just a place to help keep things up-to-date.
Use Focus Mode to mute desktop notifications and hide unread badges for a period of time.