As Chromium ramps up its release schedule, what does it mean for Wavebox?

Click here to use ChromiumChecker.com to check if your browser is using the latest version of Chromium.

Wavebox - like many other browsers - is a fork of Chromium. Just like Chrome, Edge, Brave and others, we pull the Chromium codebase, make changes and modifications to it, and turn it into the Wavebox you download and run on your machine.

We use Chromium because it's a well-supported battle-tested base to browse the web, which also gives us the flexibility we need to add Wavebox's unique features right into it.

With a large portion of all web browsers now based on Chromium, a growing number of developers are continuously adding patches and fixing bugs. As a result, Chromium has recently announced it will be speeding up their release cycle and pushing out significant Chromium versions every four weeks, and as an end-user you'll get frequent security patches and platform updates to keep you up-to-date.

What do speedier Chromium releases mean for Wavebox?

Let's go back to early 2019 when Wavebox was built on Electron, which takes the part of Chromium that renders web pages and wraps it up in a whole bunch of stuff developers use to build apps.

Although this was great to start with, we soon realized that it had a serious downside - there was often a lag between Chromium doing an update, and the update being made available for apps to be built on it.This lag meant that there was always a potential for Electron apps to be open to the security vulnerabilities that had already been patched by the Chromium team.

So during 2019 we addressed this issue by moving Wavebox away from Electron, re-launching it as a fully-fledged browser built directly on Chromium.

For this to be successful, we also needed a scalable and resilient continual-build-and-test infrastructure that would ensure we kept parity with every single Chromium release. The question is, did we succeed?

Back to the present now, and Wavebox 10 is the Chromium browser of choice for thousands upon thousands of users worldwide. But have we been able to keep up with Chromium's latest security and feature patches?

For the answer... a graph is in order.

The graph shows the steady incremental releases that Chromium makes nearly every-other-week in blue. In yellow, across 2018 and 2019 is Wavebox Classic built on Electron, wanting desperately to hug the blue line, but never getting close and with clear lag. Then a significant improvement with the release of Wavebox 10, with its red line being almost indistinguishable from the blue Chromium release line. Total parity, no lag, job done. 🥳🙌

Talk the talk, walk the walk...

Being bang up-to-date with Chromium wherever possible is a must for everyone, and you can double-check if your browser is on the most recent version by navigating to ChromiumChecker.com in the browser itself.

Since it's relatively easy for software to spoof an up-to-date version different Chromium release, Chromium Checker is useful as it checks the actual Chromium version used, even if it's wrapped up in other code or embedded in an Electron app.

Why not give it a try right now? Click on this link to instantly check if the browser you're using has the latest version of Chromium.  Done it? Great. So what did you find? All good news we hope!

(You can actually try spoofing the Chromium version yourself using Google's User-Agent switcher extension. Just add the extension to your browser, and then head over to Chromium Checker to see what happens and how the feature-detection logic works.)

Not only does Chromium Checker sniff out the current version -  it also cross-references CVS security issues from all Chromium releases, so you can see the improvements being made within each release cycle. The results also show you the planned release calendar for Chromium on Google's release schedule page which also displays the new 4-weekly cycle being introduced in Chrome 94 in Q3 of 2020.

We've worked hard, and are proud of our Chromium release parity, but we're not stopping there. At Wavebox we're serious about providing the best possible work browser, and are committed to doing this in a safe and secure environment.  To learn more about our releases, visit https://blog.wavebox.io/releases. To live life on the blue line, switch to our Beta channel. 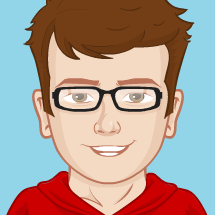 Tutorial: How to stay signed-in to multiple Trello accounts in 2 simple steps.

Install Wavebox in minutes with our easy step-by-step guide.